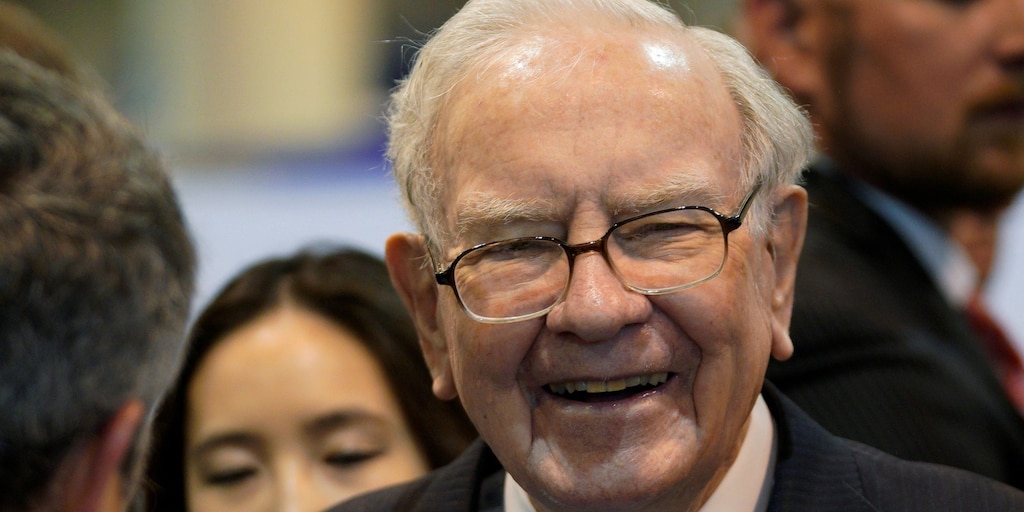 Shares in Warren Buffett’s Berkshire Hathaway rallied to a five-month high on Wednesday as investors cheered a flurry of buying activity from the famed investor.

Berkshire’s «B» shares closed above $203 for the first time since March 6, when fears of the coronavirus pandemic were nearing their peak. The conglomerate’s market capitalization has now rebounded more than 25% from its low on March 23 to about $494 billion.

However, the stock continues to trail the broader market. The S&P 500 is down about 2% this year, while Berkshire is down about 11%.

Its underperformance reflects Berkshire’s exposure to industries such as insurance, utilities, and banks, all of which have been hit hard by the coronavirus pandemic.

For example, it owns auto insurer Geico, the BNSF railway, and billion-dollar stakes in American Express, Wells Fargo, and JPMorgan.

Read More: Morgan Stanley’s top auto analyst told us why space investing is in danger of dot-com-style hysteria — and shared his best ideas for profiting from the booming theme

Berkshire’s share-price recovery likely reflects enthusiasm around its recent spate of deals. Buffett was fiercely criticized for not deploying Berkshire’s $137 billion cash hoard when markets tanked earlier this year, but he appears to be finding bargains again.

His company struck a $10 billion deal to acquire most of Dominion Energy’s natural-gas assets in early July, and appears to have repurchased more than $5 billion of stock between late April and early July.

Moreover, it spent close to $2.1 billion on Bank of America stock over 12 consecutive trading days, boosting its stake in the banking giant to almost 12% as of August 4.

Отменить ответ
The catastrophic US response to coronavirus is allowing China to stake its claim as the world’s dominant superpower, former Fed chair Greenspan says
UFC 4 Is Now Available For Xbox One