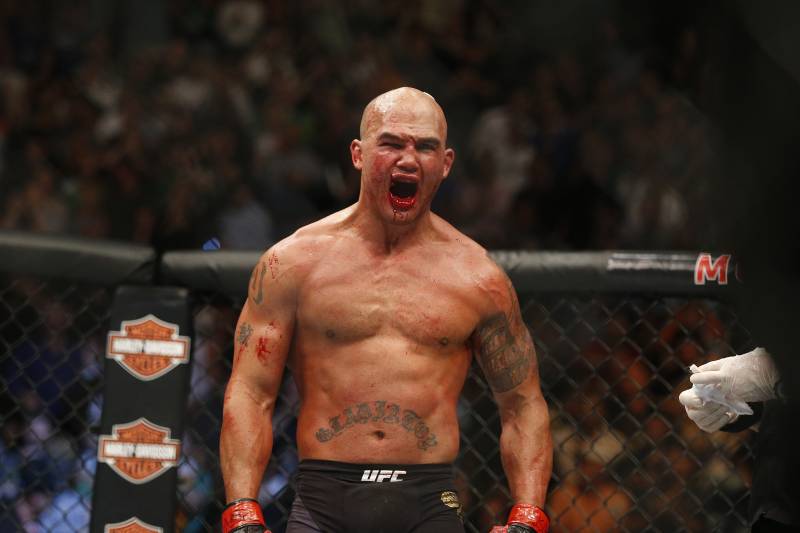 Former UFC welterweight champion «Ruthless» Robbie Lawler tends to speak about his legendary MMA career with the casual air of somebody discussing their bowling league or book club.

That remains true ahead of his short-notice fight with Neil Magny, which will co-headline the UFC on ESPN+ 33 card in Las Vegas this Saturday.

«Nothing in particular,» Lawler told Bleacher Report when asked what influenced him to accept a fight with Magny, the UFC’s No. 14-ranked welterweight contender, on three weeks’ notice. «I was looking for a fight, and then they’re like ‘[Geoff Neal] fell out,’ and I’m like ‘Ah, s—t. Three weeks? Let’s do it.'»

It’s difficult to reconcile the former welterweight champ’s nonchalance outside the cage with the person he becomes inside of it.

Over the course of his 20-year pro career, the soft-spoken Sanford MMA product has earned a reputation as one of the most violent fighters in MMA history, with a long list of devastating knockout wins on his resume and starring roles in some truly unforgettable brawls. Yet he rarely shows any pride in that reputation.

In fact, he seems indifferent to it.

«I just do what I do,» he said. «If the fans enjoy it, they enjoy it. If not? Oh well. It’s just how I fight and who I am, but it’s cool to be recognized as a good fighter and a guy who puts on a show.»

«I just flip the switch and then it’s time to go,» he added. «Obviously I’m more violent in the cage [than outside it], but that’s just the sport that I play.»

Interestingly, Lawler is no more motivated by winning world titles than he is by entertaining the masses. Ahead of his fight with Magny, he conceded he really isn’t thinking about working his way back to the welterweight championship. His focus is solely on the next item on his to-do list.

«Nah,» he said when asked if he’s worried about reclaiming the welterweight title. «I’m not really thinking about those things right now. It’s just about going out there and getting this one done and seeing where it takes me.»

So, if not the adulation of the fans or an appetite for world titles, what is it that turns Lawler into such a destructive force in the Octagon? What is it that propels this juggernaut with 20 knockout wins to his name, and more Fight of the Year honors than just about any fighter in MMA history?

As it turns out, he really just finds the whole process fun.

«I just really enjoy competing and hanging out with all my buddies at the gym and getting ready,» he explained. «I enjoy working on aspects of myself, fine-tuning stuff, and just tweaking skills and techniques. Just trying to constantly evolve.»

On the surface, this simple enjoyment of the process doesn’t seem like it would be enough to drive an athlete to compete at the highest level of their sport for nigh on two decades. For Lawler, however, it seems to be sufficient.

In fact, he’s still enjoying himself enough that he’s not even considering retirement. Even at 38 years old.

«I don’t really think about [retirement] at all,» he said. «I’m just training and trying to get better, trying to get my training partners better, and just keep giving back to the sport that way. These guys are keeping me young and pushing me.»

While Lawler certainly casts the shadow of a fighter who doesn’t care all that much about the trajectory of his career, don’t let that fool you. With consecutive losses to Rafael dos Anjos, Ben Askren and Colby Covington in the rear-view mirror, he is well aware of what’s at stake when he fights Magny this weekend, and he feels prepared for the challenges his foe presents.

«He’s pretty well-rounded,» Lawler said of his rival. «He has good striking, a good ground game. He’s well-rounded and he can go forever. He has a good gas tank, so you have to be ready and prepared to go the full 15.

«Everyone knows if I turn it up, I can do great things and put on a show, so obviously he’s going to have to get ready for a guy who’s going in there to take him out and get a knockout,» he concluded. «I’m just trying to bring joy back into fighting and go out there and have some fun.»

Knowing the kind of carnage Lawler’s capable of when he’s having fun, it sounds like it could be a rough night at the office for Magny.