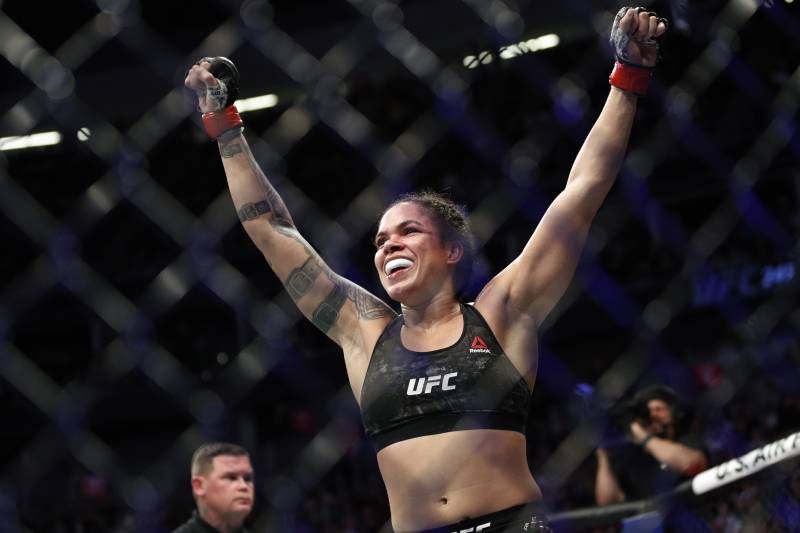 EA Sports previously revealed the fighters ranked between Nos. 11-50 for this year’s game, all of whom have an overall star rating of either 4 or 4.5.

Nunes is riding an 11-fight winning streak since a September 2014 loss to Cat Zingano. The six-year unblemished run is highlighted by victories over Shayna Baszler, Ronda Rousey, Cris Cyborg, Holly Holm and a pair of triumphs over Shevchenko, the fourth-rated fighter in EA Sports’ UFC 4.

It’s put the 32-year-old Brazilian in the conversation of the greatest fighters in MMA history, an ascension that occurred after a modest 9-4 record through the first 13 fights of her career.

«I’m living this fun ride and enjoying every single day,» Nunes told Case Keefer of the Las Vegas Sun in June. «Be a good person, and life will give you back. I feel like now and always life will give back, because I don’t want to do anything bad to anybody.»

She added: «I knew something big was going to happen in my life, but sometimes it’s a surprise how big it is. It’s bigger than we talked about, but I was ready.»

Meanwhile, Jones most recently fought in February when he defended the light heavyweight title by unanimous decision over Dominick Reyes. It was his third straight successful defense since winning the vacant belt with a win over Alexander Gustafsson in December 2018.

His career record stands at 26-1, with the only loss coming by disqualification against Matt Hamill in December 2009, making him an obvious choice for the top-rated fighter on the men’s side.

EA Sports’ UFC 4 is available for pre-order on PlayStation 4 and Xbox One with special exclusives, including the ability to play as boxers Tyson Fury and Anthony Joshua. The game’s official release is Aug. 14.

Отменить ответ
PFL Has Tech And Desire To License An Ultra-Realistic Fighting Game
‘I’m knocking people out, I’ve got colourful hair and I’m talking a lot of smack’